Meaning of the red eye symbol 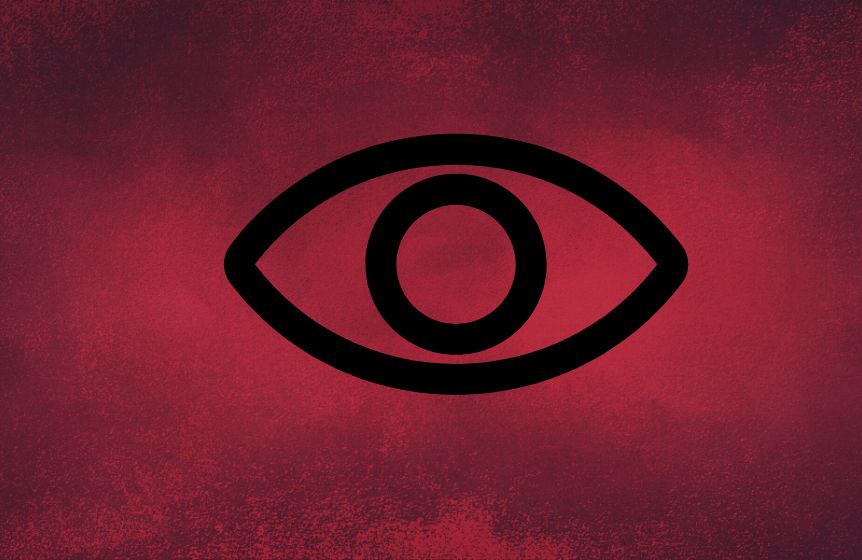 If the name hasn’t given it away already, the red eye symbol is composed of a circle with the color red that has a black center.

The red eye symbol has different meanings in various cultures and is used for different things in each of these cultures.

When you put two of these symbols together, they resemble glaring red eyes. This might sound slightly eerie at first glance.

However, the red eye symbol has quite a significant meaning behind it.

What is the Red Eye Symbol?

As we have established, the symbol is composed of a red circle with a black point at its center. It looks similar to an archery target.

The red eye symbol, otherwise known as the evil eye, has been used for general protection since ancient Greece.

However, only some perceive this symbol as a means of protection. The red eye symbol has also been used to send curses to people with its malicious glare. This is referred to as the curse of the evil eye. The effects of the evil eye may be quite dire when misused.

It can send bad luck and negative energies to the person who is being cursed. However, in most cases, the red eye symbolizes hope and promises protection.

It is a symbol that has been used for centuries and is still used today.

If you’re still asking, “what is the red eye symbol” it may help to dig a bit deeper into the spiritual meaning behind the symbol.

The symbol is often worn as jewelry to protect one from the forces of darkness.

You can wear an evil eye ring or an evil eye pendant for protection from curses and evil forces. You can also wear a red evil eye bracelet to protect yourself from evil spirits.

This may be what the red eye symbol means in a general sense. However, its meaning is quite similar in a spiritual sense.

The only difference is that when perceived from a spiritual point of view, a few additional meanings are attached to the red-eye symbol.

It still gives the person wearing the symbol courage under challenging situations.

It also provides you with high energy and increased enthusiasm when it comes to completing important tasks.

On top of that, the evil eye symbol helps you to get rid of anxiety, and it disposes of any fear that may surround you.

Ironically, despite being called the evil eye, the red eye symbol does not attract anything evil.

On the contrary, it keeps bad spirits, negative energies, and general evil away from you. That’s why many people with spiritual beliefs wear the evil or red eye symbol on their bodies.

It is usually worn to protect against negative energies and curses. Let’s look at the history of the evil eye and how the evil eye became a symbol of protection.

The ancient Greeks believed a curse could be sent to someone by giving them a hateful glare.

This glare was also known as the envious eye since it was usually given when one person was jealous of another.

Since then, different cultures have worn the red eye symbol to protect against evil eye curses.

It removes bad luck and brings good luck to the person wearing the symbol. That’s what makes the red-eye symbol as profound as it is.

How to Use the Red Eye Symbol?

Now that we have answered the question “what is the red eye symbol,” let’s take a look at how to use it effectively.

The first thing to note is that there are different types of evil eyes. You get the blue evil eye, the purple evil eye, an evil eye that is dark blue, and an orange evil eye.

The use of the evil eye depends on the evil eye color meaning. Let’s look at the two best ways to use the red eye or evil eye symbol.

If you are wearing an evil eye bracelet, you should wear it on your left arm since this symbolizes the emotional side of your body.

By wearing it on your emotional side, you will protect yourself from vulnerability which means you won’t be attacked by evil forces as easily.

However, this does not mean you will be unprotected if you wear the bracelet on your right hand. You will be protected regardless of which hand you choose to wear it on.

You can also wear an evil eye necklace or use the amulet to make a beautiful amulet.

Hanging the evil eye symbol in your home is the most popular way to use the symbol.

According to subject experts, you should hang the evil eye symbol in your living room since this is where all your guests will pass through.

So if any of your guests try to place an evil eye spell on you, you can rest assured that you are already divinely protected.

There’s no point in answering: “what is the red eye symbol” without discussing its benefits.

As we have established, wearing the symbol by getting evil eye charms puts a protective shield around you, but there are a few more benefits.

Let’s take a look at what the red-eye symbol has to offer.

If you use the red eye symbol correctly, you don’t have to worry as much about an illness as the average person would have to.

This is because the red eye symbol blesses you with good health.

The red eye symbol brings good luck and good fortune to all who use it the right way.

So if you have had a streak of bad luck or misfortunes, start using the red eye symbol.

The red eye symbol is popularly known to give courage to those who use it correctly.

Using the red eye symbol may give you the courage to face adversities you have never had before.

There are plenty of benefits that come with using the red-eye symbol. If you use the symbol correctly, you may have increased levels of energy.

You may also have a newfound enthusiasm to complete tasks and be productive in your everyday life.

If you use the red eye symbol, you can rest assured that you will receive divine protection.

The whole purpose of the red eye symbol is to protect the wearer from the evil eye, negative energies, and curses.

Using the red eye symbol can also protect you from bad luck. On top of that, it offers you protection from the forces of darkness.

Famous artists are admired in society and often receive excessive praise for their fashion statements or the small things that they do.

We do not know whether this is a fashion statement or her actual belief system, but her decision to wear the red-eye symbol received international recognition.

Cameron Diaz is another famous celebrity who was seen using the red eye symbol, and Lindsay Lohan shortly followed her.

These artists drew a lot of attention to the red eye symbol due to their fame, which isn’t necessarily bad.

Perhaps they used their power of influence to motivate the world to get in touch with their spiritual sides and to take action to protect themselves from evil spirits.

Is It Bad Luck To Use The Red Evil Eye Symbol?

A popular evil eye myth has led many people to believe that it is bad luck to use the red evil eye symbol. However, this is nothing more than a myth.

It is not bad luck to wear the red evil eye symbol. On the contrary, wearing this symbol will bring you good luck.

Especially since it protects you from negative energies and evil spirits.

At the end of the day, if your red evil eye symbol breaks, you will need to consider all the factors involved in determining whether or not it is a sign of bad luck.

In most cases, it isn’t a sign of bad luck, and your pendant may need to be replaced.

However, in other cases, it could be a sign of bad luck and that you have been cursed by someone close to you.

What Does it Mean if Your Evil Eye Symbol Breaks?

What is the red eye symbol whole in comparison to when it breaks? Many believe that it is a sign of bad luck when your evil eye breaks.

Let’s delve a bit deeper into what it means. Firstly, if your evil eye symbol breaks, it could be a sign that someone has placed an evil eye curse on you.

It usually means that negative energy has been transferred from someone else to you through a malicious and envious glance.

It’s important to note that the reason could also be scientific. If your evil eye symbol is old, it might break due to wear and tear.

However, if it is brand new, you may see small things start to change in your life. This will be confirmation that someone has placed an evil eye curse on you.

The red eye symbol is also known as the evil eye symbol. It has a red circle with a black center and is often used as charms or jewelry pendants.

The red eye symbol is said to protect you from the evil eye curse that comes from ancient Greek mythology. It can also give you courage, increased energy, and enthusiasm.

The red eye symbol is mostly used for evil eye protection. However, some people wear it as a fashion statement.

On top of that, the evil eye can also be found in the center of the Hamsa Hand symbol, which is also a symbol of protection.

Celebrities such as Kim Kardashian have been seen wearing the red eye symbol, which has made the symbol more popular around the world.

Whether these celebrities believe in the red-eye symbol’s benefits doesn’t matter. It is still a powerful symbol of protection to anyone who wears it.

We hope you now know the meaning of red eye symbol. 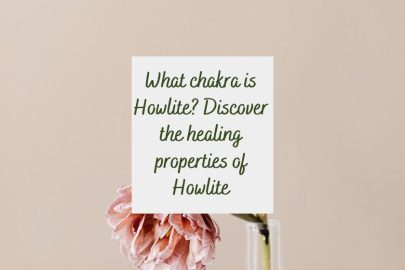 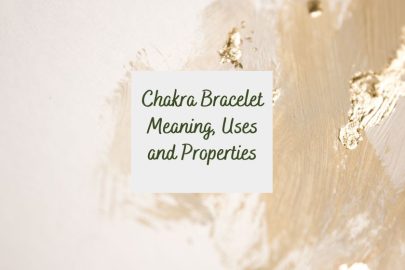 Best Capricorn chakra stones you should know about