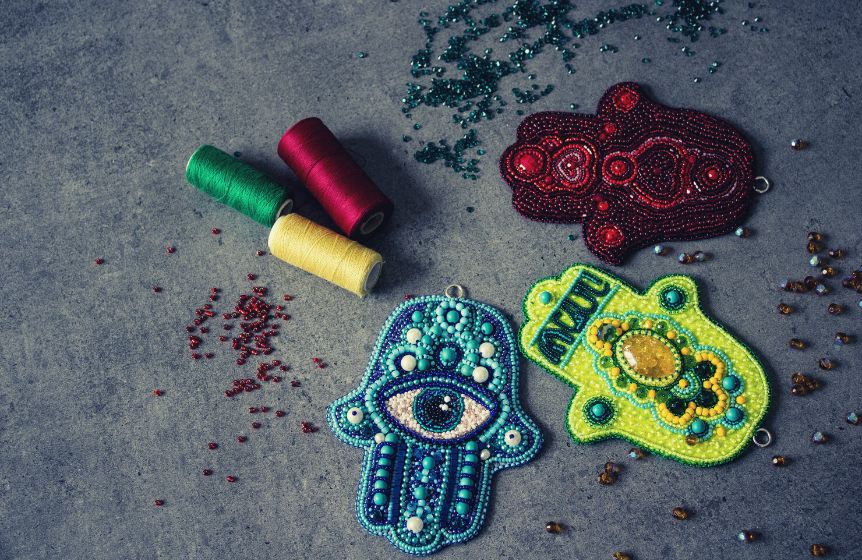 The meaning of the Hamsa Hand Symbol differs in different cultures. You can find definitions for this symbol in western cultures, Jewish tradition, Islamic culture, and Christianity.

The Hamsa Hand Symbol is a beautiful symbol that is used in various belief systems in modern times.

The symbol is composed of a hand with intricate designs that add to its beauty. In most cases, there is an eye in the palm of the hand.

Some cultures consider this eye evil, but others consider it to have a powerful spiritual meaning. So without further adieu, let’s look at the meaning of the Hamsa Hand Symbol.

Meaning of the Hamsa Hand Symbol in English

So, what is the meaning of the hamsa hand symbol in English? Well, in English, the Hamsa Hand Symbol means “protective.”

It is commonly referred to as the hand of God and symbolizes that God’s ever-present hand protects us in our everyday lives.

The Hamsa Symbol was first used by humans in the stone age, which shows that it has been involved in religious cultures for centuries.

You can find the Hamsa Hand’s open right hand painted on cave walls from the stone age before English was a language.

This is one of the oldest symbols known to mankind, and some believe it is a symbol that was given to mankind by God himself since it’s been around since prehistoric times.

The Hamsa Hand Symbol truly has a rich history and has mostly been used for protection in major religions. After all, Hamsa does mean “protective” in English.

It has been the hand of protection for eons and eons.

What is the Hamsa Hand Spiritual Meaning?

The meaning of the Hamsa Hand Symbol of Spirituality is quite profound. Well, it can have a few different meanings.

In some cases, it is known to bless you with good fortune and fertility. However, it is primarily used to protect one against the evil eye.

The evil eye is a symbol that stems from Greek culture. The curse is usually sent your way when someone envies you.

If the evil eye curse is sent your way, bad luck and misfortune follow you.

That is why, in spiritual practices, many people use the Hamsa Hand Symbol as a form of protection against the evil eye.

The Hamsa Hand Symbol is also a symbol of good luck. It is popularly known to get rid of negative energies and fill you and your aura with positive energies.

It’s important to note that the eye you see in the palm of the Hamsa Hand symbol is not evil.

On the contrary, this is a positive eye that looks out for you and protects you from back luck sent by the evil eye.

People usually wear the Hamsa hand in the form of jewelry items. The wearer of the Hamsa Hand opens themselves up to good health, good luck, and protective energies.

In Spirituality the meaning of the Hamsa hand symbol also has a lot to do with its positioning.

If the hand is facing toward the floor, it signifies that you are welcoming prosperity and the universe’s blessings.

On the other hand, if the hand is facing toward the sky, it signifies that you are using the Hamsa Hand to protect you against back luck and negative energies that are being sent by the evil eye.

In a nutshell, the origin of the Hamsa Hand symbol stretches back to prehistoric times.

It is a protective symbol that is commonly used to get rid of negative energies and bring forth positive energies.

When an evil eye spell has been cast upon you, you can use hamsa jewelry, such as hamsa bracelets, to protect you and keep bad luck away.

Meaning of the Hamsa Symbol in Buddhism

The meaning of the Hamsa Hand Symbol gets even more profound in Buddhism. In Hindi Hamsa means 5.

The open hand of the Hamsa Symbol in Buddhism contains 1 major chakra and elements for each of the fingers of the hand.

The Thumb represents the Solar Plexus Chakra and the element of fire. Air and the heart chakra are represented by the index finger.

The middle finger represents ethereal elements and the throat chakra. Earth and the root chakra are represented by the ring finger.

Lastly, the pinky finger represents the water element and sacral chakra. The meaning of the Hamsa Hand Symbol is different in every religion.

In Buddhism, the meaning of the Hamsa Hand Symbol focuses primarily on the flow of energy and the primary chakras.

It also focuses on the 5 senses and the way in which they are affected by the relevant mudras.

In the Buddhist religion, the downward-facing Hamsa Hand Symbol, also known as Varada Mudra, signifies abundance and that your prayers will be answered and manifested into a reality.

The upward-facing Hamsa Hand Symbol, also known as the Abhaya Mudra, is used as a defense against the forces of darkness and protects our thoughts from hatred, envy, and insecure thought patterns.

However, you do get Hamsa Hand amulets with the evil eye at the center of the palm. So, what does this mean? Let’s first take a look at what it means to wear the evil eye symbol.

In general, the evil eye symbol is worn to ward off evil spirits. Quite ironically, the primary purpose of the evil eye is to protect you from the evil eye.

As contradictory as this may sound, this ancient symbol and its meaning have great cultural significance worldwide.

It actually represents protection against something negative, which is the curse of the evil eye.

When you take these two powerful ancient symbols, both of which provide you with protection from the evil eye, and merge them into one, you will get a supernaturally powerful shield of protection from evil forces, and the evil eye will not be able to harm you in any way.

Meaning of the Hamsa Hand Symbol in Christianity

Despite some branches of Christianity dismissing the meaning of the Hamsa Hand Symbol as evil, the symbol still has significant importance to the more open-minded followers of the Christian faith.

One of the interpretations of the Hamsa Hand in Christianity is that it resembles God’s right hand that is stretched out to help his people as he did in ancient Egypt.

Many Christians believe that this hand shows that God is willing to help them and lead them through difficult times.

During the Byzantine period in biblical times, artists of the era painted paintings of God’s hand reaching from Heaven and helping the Jewish community.

Since then, Jews have seen the meaning of the Hamsa Hand Symbol that their Savior would lead them out of their struggles.

God’s open hand has been mentioned in the holy books of various religions, including the Bible.

For example, Isaiah 41:10 states, “Fear not, for I am with you; be not dismayed, for I am your God; I will strengthen you, I will help you, I will uphold you with my righteous right hand.”

There are a few different interpretations of this scripture. However, many Christians interpret the Hamsa Hand to be God’s righteous right hand, which is mentioned in Isaiah 41:10.

Best Way to Use the Hamsa Hand

We’ve already discussed some of the ways in which to use the Hamsa Hand, but let’s reiterate and look at some examples.

Firstly, it’s important to remember that how the Hamsa hand is used can bring the owner happiness. You don’t have to carry an amulet in your pocket all day. You can wear a Hamsa necklace or bracelet to use the symbol.

Hamsa bracelets are a great way to carry the Hamsa Hand around wherever you go. You can also attach the amulet to key chains or anklets.

Remember to take note of whether you wear the Hamsa Hand facing downward or upward. This will determine whether you are using it to ward off negativity or open yourself up to positivity.

The meaning of the Hamsa Hand Symbol is quite similar in the Islamic religion and the Hindu religion.

However, it differs slightly in the Jewish religion. In general, the Hamsa Hand is a symbol of protection.

It protects one against the forces of darkness and the curse of the evil eye.

Many people use the Hamsa Hand as a decorative element without realizing the significant religious meaning that is attached to it.

It can bring abundance and positivity into your life or protect you from evil eye curses. Physically, when two Hamsa hands are put together, they have symmetrical thumbs.

There is also an eye in the center of the hand to watch over whoever wears the symbol.

Different religions may have different interpretations of the Hamsa Hand Symbol, but in general, it is used for guidance and protection. 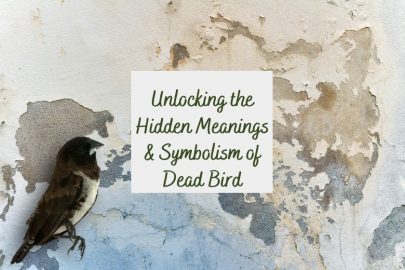 The symbolism of number 4 in love & spiritually

Meaning of the Claddagh Symbol & ring